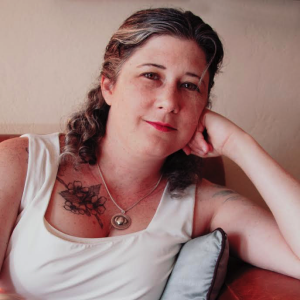 After a recent promotional article in ISSTD News, I am really excited to announce that ISSTD is in the process of launching a Special Interest Group for members conducting therapy, research or training around the subject of Transitional Aged Youth (TAY). It is also a group that promotes discussion for those curious to learn more about this population and their specific needs. The term TAY may not be familiar to all members. Similar groupings have been referred to as Emerging Adult Populations or Young Adult Populations, and the designated age range can run from as young as 14 to as old as 29. But the most commonly-used age range is from 18 to 25, which defines the group in a way I personally find most useful: by 18 individuals no longer qualify for teenage or adolescent mental health services, and research indicates that by age 25 most of the significant parts of the brain have finished growing and developing. I began specializing in TAY when I was assistant program director at a residential clinic which focused on social rehabilitation for persons with severe mental health diagnoses. A shift in county funding necessitated our transition to working exclusively with TAY, making us the first such facility in the country focused exclusively on TAY. Although I had little clinical experience in this area, we were tasked with establishing programs tailored to the specific needs of this population. As might be guessed, I learned a great deal very quickly, and spent the next four years developing and refining our programs. I currently supervise Stars Behavioral Health Group’s TAY mental health program in Alameda County, California. Stars is a statewide agency, and among the first anywhere to develop programs tailored specifically for TAY. They continue to do groundbreaking work and I’m proud to be a part of this organization. I suppose I could say that the TAY age range charmed me and I ultimately decided to make them my focus. Or I could say that I easily remembered my own chaos when I was at that age. It’s easier for me to remember what it was like, so it’s easier for me to connect and to relate. I was surprised to encounter bias against TAY among some clinicians and agencies. TAY clients were sometimes looked at with suspicion, as the usual issues around youth and varying levels of development and maturity were compounded by mental health issues. TAY clients were often labeled as impulsive, unstable, self-centered, chronic substance abusers and sometimes even dangerous. And while there was certainly some truth to this, my experience had taught me that those same labels could as easily be applied to any number of clinical populations. For me, the more critical distinction about TAY is that they are often highly curious, resourceful, funny, inspiring and capable of rapid change (both good and bad). Experimentation and boundary-testing are a part of normal development for any young person, and a lack of experience may leave them less able to self-advocate when dealing with elders. Among those with mental health diagnoses, co-morbid mental health and drug addiction can be present or emerging during this time. Because of the rapid development of areas of the brain dealing with impulsivity and executive functioning, complex PTSD, psychosis and dissociative issues that may not have been apparent before can come blazing to the foreground. Those with complex trauma histories, those experiencing issues with voice hearing, and those who begin a pattern of repeated hospitalizations face a greater risk of misdiagnosis because of a lack of general understanding in public mental health services around trauma and dissociation. They face difficulties around being misdiagnosed and/or having their symptoms labeled incorrectly, which can set them up for years of ineffective treatment. Complicating matters, this age range is also at the highest risk of homelessness and sexual exploitation. I was recently present at a county mental health meeting for clinicians who work with the TAY population and it was discussed that the largest segment of the segment of Alameda County Jail inmates with mental health difficulties are TAY. This is a population that can be slow to show trust, and can act out in ways that may appear difficult or downright cantankerous at times. But this is also a population where a clinician’s passion to connect and intervene can make a crucial difference. Like all youth they are at a crossroads of life, where everything is changing. They have attained the perks of adulthood without having the experience to take best advantage of it, and this can exacerbate their frustration and impatience. With proper support, we can lessen the sense of chaos they perceive around them, and they can become empowered to move away from exposing themselves to unsafe situations, to self-advocate, and to move toward a perspective where they are confident in setting boundaries, feeling grounded and making positive choices while continuing to navigate the challenges of young adulthood and the responsibilities of self-determination. This is a growing, dynamic area in mental health and it’s my hope that this group will facilitate discussions and enlightenment on the unique aspects of how trauma and dissociation manifest with this population, and effective ways to treat them. If you are interested in joining the new TAY Special Interest Group contact me on: Katiekeechmft@gmail.com References “Transitional Aged Youth: A New Frontier in Child and Adolescent Psychiatry” Timothy E Wilens, M.D and Jerrold F. Rosenbaum, M.D. Journal of the American Academy of Child and Adolescent Psychiatry Sept. 2013; vol 52 issue 9 pp 887-890 “Adult Mental Health Disorders and Their Age at Onset,” PB Jones, British Journal of Psychiatry. Jan., 2013; vol 202 issue s54 pp s5- s10 “Brain Growth – Adolescent Maturity and the Brain: The Promise and Pitfalls of Neuroscience Research in Adolescent Health Policy,” Sara B. Johnson, Ph.D., M.P.H,a,* Robert W. Blum, M.D., Ph.D,b and Jay N. Giedd, M.Dc The Journal of Adolescent Health Sept. 2009 vol 45 issue 3 pp 216- 221