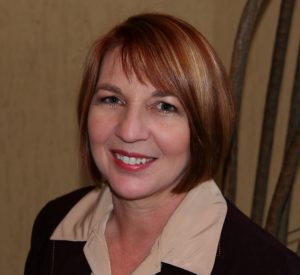 My “news” on trauma work in South Africa includes a brief picture of the current situation, with reference to some of my own experiences and work in the field of trauma counselling. South Africa is a country with a history of political violence and politically related trauma as well as trauma resulting from challenging socio-economic circumstances (e.g. a high prevalence of unemployment and poverty and a high crime rate) and also from socio-psychological factors, such as domestic violence, sexual abuse and a high divorce rate. Recently a new syndrome has developed due to the high number of young people that leave the country to find a better future elsewhere. This is causing families to break up and the experiences of the loss of adult children and the disruption to family life is causing grief and depression in elderly parents left behind. Trauma work is done by trauma units at hospitals where trained staff work to debrief survivors mainly with the purpose to prevent the development of post-traumatic stress disorder or treating symptoms of acute stress disorder. A number of non-profit organisations exist (NPO’s) that focus on the treatment of trauma, including treating adult survivors of sexual or physical abuse or domestic violence. Some of the organisations are faith-based and work in collaboration with a faith community. Politically related trauma The past history of the apartheid where a minority group (white) governed the country and oppressed the majority population (black, coloured and Indian) was addressed in the Truth and Reconciliation Commission in 1995. Since then political violence has continued and political assassinations have emerged again. Political murders in the KwaZulu-Natal province have increased, leaving dozens dead in the past year. These political assassinations are part of the battle between factions to get the best position in the governing party of South Africa, the African National Congress (ANC). This is causing huge trauma for the families of these victims and the community. Armed robberies and farm attacks Armed robberies are rife and even happen in small shopping malls and businesses. A few days ago a liquor store close to my home was robbed. The following quote is an extract from a message sent out by the Community Police Service (CPS) (a community police service consists of people from the community who are trained to patrol areas and assist with crime scenes, in collaboration with the South African Police) describing the robbery and urging victims and bystanders that need help with the trauma to contact the Victim Support Unit:

“Business robbery occurred at …by unknown number of suspects armed with AK47’s and handguns. Shootout ensued… One suspect was shot…” “Anybody that was in the car park or near the shooting or robbery… that was severely traumatised by what was happened and needs help with healing process… it is traumatic, lots of shooting, lots of screaming, contact VSU, Victim Support Unit.”

The magnitude of farm attacks and murders in South Africa is a national crisis. My family and I are victims of two of these attacks. The latest one took place in the beginning of the year when a gang of six young people attacked my son and daughter on our farm. One attacker was armed and my son was shot in his chest at close range. He almost lost his life. This kind of trauma is far reaching and impacts all aspects of one’s life. It leads to feelings of insecurity, distrust, apprehensiveness, anger, loss and a serious consideration to emigrate to find a safer life in another country. Dissociative Disorders In my opinion trauma work in South Africa is focused on debriefing, prevention and treatment of Post-Traumatic Stress Disorder rather than Dissociative Disorders. The development and progress in the areas of acknowledging, researching, diagnosing and treating dissociation and dissociative disorders are slow. My own journey discovering and learning about dissociation and dissociative disorders started in 1988 when I attended a workshop at a conference in America presented by Dr Jim Friesen on the topic of Multiple Personality Disorder, as it was called at that stage. I listened to his lecture and realised that one of my clients might suffer from dissociation and might have more than one identity. Back in South Africa I explored this idea with the client and we concluded that it was indeed the case. Since that time I have counselled numerous clients with dissociative disorders. Most of these clients are adults with a background of severe physical or sexual abuse. Some of them also recalled situations which suggested cult ritual abuse. The following is a quote is from one of my clients that I started to treat in 1998.

“The most frightening thing that has ever happened to me, was opening my mouth and hearing these words “I am Jennifer and I am 5 years old”. I was 42 at the time. This was the start of an avalanche of trauma and memories that completely debilitated me, as I discovered that I had Dissociative Identity Disorder. Helping my alters out of the trauma and eventually integrating them became an all-consuming task. I was so grateful to have a strong foundation of faith that carried me through, as well as an amazing therapist who helped me come to wholeness.”

She has recovered well and leads a normal, functional and blessed life.