Letter From The President

Testing for Avalanches and Taking Safe Risks: Opportunities to Connect and Learn in ISSTD 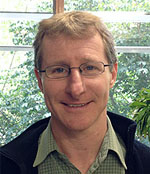 It’s winter in the Southern Hemisphere, and in the South Island of New Zealand snow is falling in the alps. Near the end of winter in 2011, a 7.1 magnitude earthquake struck the province of Canterbury, of which Christchurch is the capital. It struck just after 4:30 am and caused significant damage to houses, especially those that had brick chimneys. I had arranged to go skiing that day with a friend. I received a called from him a little after 5:00 am saying the trip was still on and 40cm (16 inches) of fresh dry snow had fallen over night. While he had damage to his house, it could wait with the prospect of powder skiing on offer with clear skies. As light shone on the day he realised that the reality of what was required to seal and repair his house was more important and pressing than a day in the snow. The latter could wait, the former couldn’t. We all know this experience treating dissociative clients/patients. The moment-to-moment decision making in the face of complex material and an array of issues, has us needing to confront what needs to be prioritised, and putting off the desire to opt for the more ‘pleasant’ option of doing it later or avoiding it entirely, despite how enticing these latter alternatives may be. Back to the story. My friend rang back a little before 6am to give his apologies and to encourage me to make of the most of a rare Saturday treat, a lot of fresh snow, and likelihood of very few people in the mountains, due to what had happened to the city. With my house largely intact I headed off. On arrival the snow was thick and very light. The car park was quite empty and the mountain looked untouched. I had one run down quite low and then headed higher. The whole area was calling out to have ski tracks on it, and there was no shortage of enthusiasm, but moving onto a pitch with a long steep open section that went ultimately into tighter trails through trees, the snow was very unstable. It was certainly too risky to ski alone, as any avalanche would have likely been witnessed by few, if any, people. The disappointment was palpable, a long run in fresh snow snuffed out by instability. But still that little voice inside eager for adventure, eager for a thrill wanted to overturn reason and justify how the risk might not be that great and maybe the snow was stable a little further down. Not to be deterred I found a fellow club member and we did some more sophisticated test of the snow’s stability down a little lower (this might be akin to the little ‘tests’ we do to determine if a person is ready to move more into stage 2 work with enough stability in phase one to take a step into more emotive material). These tests were frustratingly negative for snow stability and a decision was required on taking safe risks and skiing elsewhere or charging ahead, ignoring the risks and getting caught up in the excitement and thrill. As I recently reflected on this experience the similarities with the functioning of the ISSTD struck me. The Board of the ISSTD is continually doing ‘avalanche’ tests to see when we are on stable enough ground to take risks based on calculated judgements and the best possible data we have. Each ‘safe’ risk is design to grow the Society, educate more people on dissociative disorders and offer more to members. Excitedly, the Board, the Conference committee and the Finance committee have just let the ink dry on a contract to have our 2019 Annual Conference in Time Square, New York City. This will be the first time the Society has convened an annual conference in the Big Apple and it demonstrates the vision of Therese Clemens, Kevin Connors and the Board, for securing the opportunity to take this step. So following our 35th Anniversary Annual Conference in our birth place of Chicago (March 22-26, 2018), we will convene in downtown NYC. In other developments, Christine Forner and the finance committee, along with the Board have been working to consolidate finances while also trying to maximise the reach of regional conferences. Peter Maves is hosting a regional conference in Denver on September 8 featuring A. Steve Frankel, PhD, JD, and Julia Schwab, MA, while Bob Slater will host a regional conference in Syracuse on September 22, featuring Garrett Deckel, MD and Deborah Cohen, LCSW. The ISSTD-Sheppard Pratt Regional Conference in Towson, Maryland will be held on Saturday, October 21 with proceeds going to support the continuation of the TOP-DD Study. Bethany Brand, PhD, will lead a team of speakers which include Richard Loewenstein MD, Kathy Steele MN, CS, Richard Chefetz MD, and Ruth Lanius, MD. Finally, the virtual book club will feature over the next two months papers from the recently published special double issue of the Journal of Trauma and Dissociation entitled the Abused and the Abuser: Victim-perpetrator dynamics. This special guest-edited issue, the first ever double issue of JTD, was ably lead by Warwick Middleton (Adah Sachs and Martin Dorahy were co-editors). The book club committee of Joan Haliburn, Rick Hohfeler and Garrett Deckel are to be thanked for putting this discussion group together. For those interested please join up, click here to register. Our vibrant community relies on the efforts and energy of many, and if you would like to get involved please complete the online volunteer form. Yours sincerely, Martin Dorahy, PhD ISSTD President Christchurch, New Zealand

Category: Letter From The President