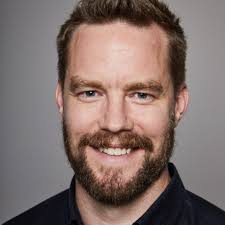 Tell us a bit about yourself.

I’m an Associate Professor of Criminology and research fellow based at the University of New South Wales, Sydney. My research is focused on the the organised sexual abuse of children. A lot of my research involves detailed interview work with adult survivors, and I’m really interested in survivor experiences of the mental health system, law enforcement and other key agencies.

Tell us something most of us may not know about you.

I’m a twin! I have a wonderful twin sister, Rachael. My parents apparently didn’t realise they had given us almost identical first names until it was too late.

What lead you to join ISSTD? What is your favorite thing about ISSTD?

Many of the survivors who I have interviewed have described being ritually abused as children. There are very few organisations who have been willing to grapple with the challenges and controversies over ritual abuse in the way that the ISSTD has. My favourite thing about the ISSTD is its commitment to examining all the factors that contribute to dissociation, including those that make us uncomfortable or uneasy. I think that takes real courage.

What are your volunteer roles in ISSTD? And what led you to volunteer? 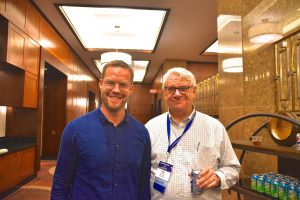 Michael Salter and Paul Dell at the ISSTD Annual Conference, 2019

I’m not sure “volunteer” is the right word – “drafted” is probably a better one! Just kidding (… am I?). I’m on the Board of Directors and I’m also a member of the Scientific Committee. I’m the Past Chair of the Ritual Abuse, Mind Control and Organised Abuse Special Interest Group. I’m also on the Christchurch Conference Organising Committee. And probably some other Committees that have slipped my mind …

What’s good about volunteering? What do you get from it?

Personally, I really enjoy working with the hard working and dedicated people that keep the ISSTD going, including our all-important staff but also the other volunteers. And I enjoy feeling like I can make a real difference for survivors and for the complex trauma field.

What do you find most valuable about being involved in ISSTD?

The sense of collegiality and solidarity that I get at the ISSTD is very special. Academia is a fairly isolated profession, particularly in an area like organised abuse which has not attracted a lot of scholarly attention. Being involved with the ISSTD means spending time with other people who understand, at a fine-grained level, the kinds of issues that I encounter in my work, and why I persist. 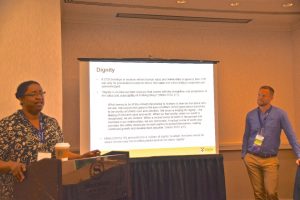 What are you working on right now for ISSTD?

For the last year, I’ve been working with Heather Hall on the Public Health Taskforce, where we have been developing a public health framework for trauma and dissociation with a focus on primary prevention. Working with Heather on the Taskforce has been really enriching, as we’ve been developing a shared vision based on her clinical experience and my research background. We are currently writing up our findings at the moment, with a focus on the personal and social role of shame in complex trauma.

What else are you working on?

I’ve just returned from nine weeks working in the United States and Canada. I spent May at the Canadian Centre for Child Protection, which is doing incredible work promoting the rights of survivors whose abuse was recorded and distributed. I’m doing some research with the Centre at the moment on the role of organised abuse in online child sexual abuse images/video. We are pushing for significant policy reform to reduce the enormous amount of abuse material currently online.

I have a few research studies on the go. I’m currently finishing a large national study examining service responses to women with complex trauma. The project team includes the ISSTD’s Warwick Middleton and Jackie Burke as well as other colleagues. I’m also leading a government-funded study on the role of parents in the production of child sexual abuse material of their children. It’s great to see increased government and police recognition that abusive families have a major role to play in child sexual exploitation. In a few weeks, I’m off to Interpol in Singapore to discuss online child protection challenges with international law enforcement and industry stakeholders.