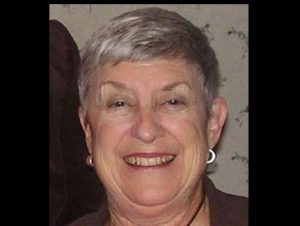 Tell us a bit about yourself.

I was raised in Lorain, Ohio, and am a graduate of the University of Michigan (1963) with a BA in Mathematics. I worked for IBM and moved to Oklahoma. I ‘retired’ to raise five children -two adopted children from my first marriage and three step-children from my second marriage.

I’ve been sober since 1970. After my second divorce it was suggested by a pastor and a good friend that I become a counselor. I was living in Colorado where it was legal to be an unlicensed psychotherapist. So in 1989 I became an unlicensed psychotherapist and was supervised, just as licensed people were, and there I began the career-long journey to get the professional development and the supervision I needed to fill in the gaps in my knowledge. Ultimately, I ended up serving nine years as a professional member of that same supervisory board – a volunteer position. This included three years as chair of the board.

Tell us something most of us may not know about you? 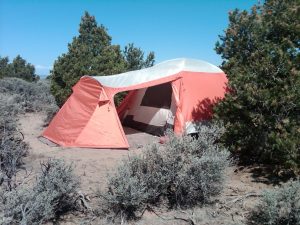 Camping out as a form of self care: Susan’s tent where she camps each year to get away from it all

Good self-care is a priority for me. I have a hot tub, get massages regularly, take voice lessons and sing in a community choir. The best self-care I do is ten days of tent camping on my 2.5 acres at 9500 ft. altitude. I’m really just an old Girl Scout!

What lead you to join ISSTD? What is your favourite thing about ISSTD?
One of my first clients was a survivor of ritual abuse. During the coffee break of a presentation, she said, “I am like that.” I said that I would find a therapist who had that experience and refer her. She said, “Why don’t I buy the book and you read it?” That is what we did and I also found a local therapist who was a member of ISSTD. I joined shortly after that. And some years later attended my first conference in Philadelphia. My favorite thing is the collegiality. The sense that we are all in this together and we share so generously with each other.

Two years ago there was a vacancy on the RA/MC SIG Executive for the position of Listserv Moderator. I waited for others to volunteer. Finally, I asked how much time it took. I am now in the second year of doing that job. In that time we have changed our name to the RAMCOA SIG (Ritual Abuse Mind Control and Organised Abuse) SIG in recognition of the wide and overlapping spectrum of organised abuse. We have a vibrant list serv, a book club, organise webinars and members present at conferences regularly.

What’s good about volunteering? What do you get from it?
I was a Girl Scout as a child and learned to volunteer there. My family were also volunteers in the community, so it was a family tradition as well. Today as a professional with significant experience I give back as the volunteer convener of a monthly trauma and dissociation study group for other therapists.

I don’t have wealth with which to endow ISSTD, but I can give back. I can share with the members of the SIG my experience and my questions. As Moderator I get to read every posting and sometimes kindly work through gnarly difficulties. And I get to work with members of the exec committee which is certainly a privilege for me.

I am thinking of something that I heard David Calof say some years ago: That we need tasks with a beginning and an end to sustain us in this work that can seem to have no end. Volunteering provides that.

Any drawbacks?
Because I have a full-time practice – about 39 hours a week on average – sometimes there are time crunches.