Special Thanks to our Outgoing Board Members 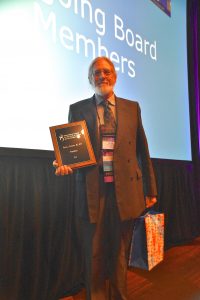 Our Annual Conference saw us honour our outgoing Board Members. Our Board Members generously give of their time, for years, to lead our organisation, fitting this role in around their clinical, teaching and research roles. Many continue to be involved in ISSTD both before and after their time on the Board. At each Annual Conference we take a moment to thank those departing the Board after their period of Service. This year those we took time to thank included our most immediate Past President Kevin Connors, MS MFT, who left the Board late last year when other work commitments called. Kevin served on the Board on and off from 2009 through 2018, serving in roles such as Vice-President, President Elect, and President, as well as Director. Kevin also served as Chair of the Conference Committee for most of his time on the Board. We also thank other outgoing Board Members. Past President Martin Dorahy, PhD has served on the Board since 2014. Martin served as President in 2017 and Immediate Past President in 2018. Martin is well-known for his energy and commitment to ISSTD, particularly his passion for furthering our scientific credibility and our collaboration with other organisations such as ESTD. Martin continues to be involved in many ventures in ISSTD including as Associate Editor of our new clinical ejournal Frontiers in the Psychotherapy of Trauma and Dissociation, the Scientific Committee and the Member Engagement Committee. Bob Slater, MSW LCSW, has served on the Board for five years, including as Secretary from 2016-2018. Bob has served with enthusiasm and generosity in several other roles as well, including Chairing the Child and Adolescent SIG, the Communications and Marketing Committee and serving on the Rapid Response Task Force. Bob has played an important role in changing and improving the way in which we communicate information to our members including the development of our well-received member-information videos. ISSTD will continue to develop audio-visual resources in the years to come. Bob continues to be involved in ISSTD, including in the Child and Adolescent Committee and SIG. 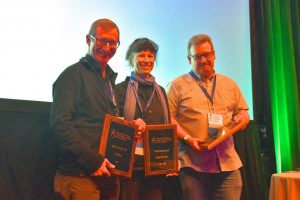 Paula Thomson, PhD spent six years on the Board. She served on the PTP Task Force, bringing her expertise as a university professor to our training program planning. She was also a part of the Task Force put together by the Board to create an open communication between the Board and the RAMC SIG, helping that SIG become an integral part of all of ISSTD. The RAMCOA SIC is now our biggest and, arguably, most active SIG. In addition, Paula brought her knowledge of movement and dance to our organization, broadening our awareness and skill in using movement in helping trauma survivors heal. 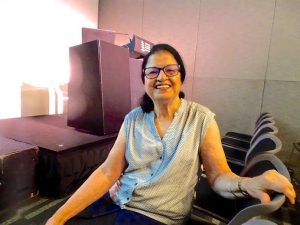 Joan Haliburn MD, who was unable to be at the 2019 Conference, pictured at earlier ISSTD Regional Conference

Joan Haliburn, MD spent three years on the Board. Joan brought a grounded, wise presence to the Board. She helped launch and maintain the ISSTD Virtual Book Club, and brought her organizational talents to that group, and to all the work she did in ISSTD. She also shared her wisdom on the integration of neurobiology, and developmental science. Joan, along with fellow Australian ISSTD member, Jan Ewing, PhD, organised and co-facilitated the very successful ISSTD Regional Seminar in Hobart, Australia during 2018.