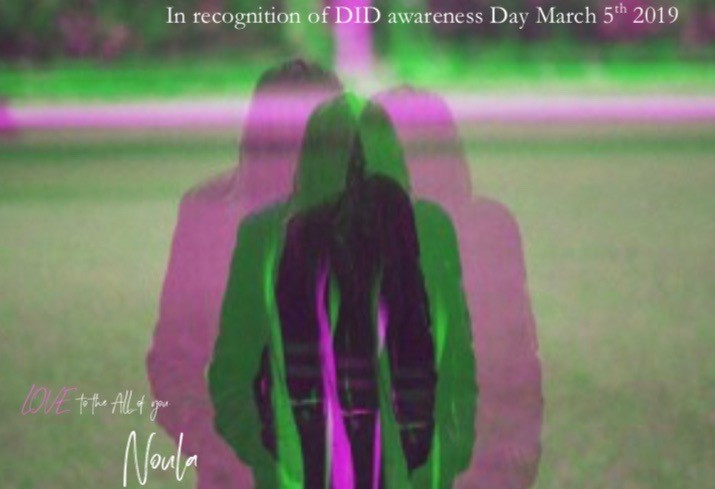 March 5 was Dissociative Identities Awareness Day, also known as DID Awareness Day. I wonder how many of us knew this? I have to admit this Awareness Day has mostly just passed us by in Australia, where I work. As a therapist who spends most of her week with highly dissociative people, I am rather embarrassed to admit that I was not aware of the day until a few weeks ago. It has apparently been around in one form or another for over 20 years! Interestingly I have since had three clients with DID text me to let me know they had also just ‘discovered the day’. Maybe our awareness of the Awareness Day is increasing? (At least Down Under!). I have been reflecting on the meaning and importance of this day. Why do we have awareness days? Could we, or should we, relate to them in some way as health professionals? Is there a role for ISSTD to promote this day? And, just how successful are awareness days anyway? We seem to have so many of them. A quick literature search showed that we actually know surprisingly little about the efficacy of awareness days despite their proliferation. Purtle and Roman (2015) analysed this exact issue in the American Journal of Public Health. They found that quite often these days have poorly defined aims and are often not evaluated. They also contend that they are at risk of placing too much responsibility for health on the individual. However, they do not throw out the idea of health awareness days, but rather suggest that if well planned, using good health promotion principles, they can be effective. It seems that for our field such a day could be used to good effect. In promoting Dissociative Identity Awareness – we are not at risk of placing responsibility for good health solely on our client group, as we (ISSTD) widely acknowledge the need for therapy. We also know that we work in a field where awareness of dissociative identities is still very low among both clients and health practitioners. We know that there is still mis-information widely promoted including allegations that DID is a result of fantasy or iatrogenesis. These claims may result in a great deal of pain and suffering to clients. Perhaps a little bit of carefully thought-out public awareness raising could go a long way! Since this is an awareness day it seemed important to consider the perspective of those with lived experience. I asked some of my clients what it meant for them. One woman, a mental health advocate who lives with DID, has spent most of her life in a mental health system that did not recognise or treat her DID. She regards that as a severe secondary trauma. For what she wants out of the day, her focus was on us, the professionals:

“I would like DID awareness day to educate the educators. I would like to see people who work in the mental health sector learn and incorporate tools (for treating DID) and offer more support for people who present into their health systems. Trauma is often compounded by ignorance and misinformation which can sometimes lead to stigma being formed. For many years I have experienced more trauma by people who have little or no understanding of the complexities of struggling to live daily with DID.”

Another client shared with me how she would like the wider community to understand.

“I’d like people to get that it’s not rare- just as child abuse is not rare. And that people with DID are just normal people who utilised a creative strategy to survive what would otherwise not be survivable. I’d like them to understand that it can feel so lonely to not be able to share this because of fear of how someone might react.”

This same client, a small, gentle and softly spoken professional woman went on to say how she shared with one of her closest friends that she had DID and the reaction was not as she had hoped:

“She said she was scared of me… and that’s me! The least looking/behaving scary person there is. How can this be changed?”

As health professionals we spend so much time with people in a deep one-to-one way, that we tend not to focus so much on the bigger picture of the community in which our clients live. However, lack of acceptance from health professionals, being met with fear in the community, or not being able to share important information about yourself with significant others, is actually re-traumatising. Three stage trauma processing emphasises safety as part of stage one. It seems we have a long way to go before the community or health services feel safe for people living with DID. Perhaps this day can go a small way to change that. What ways can you promote this day or focus on these issues next year?